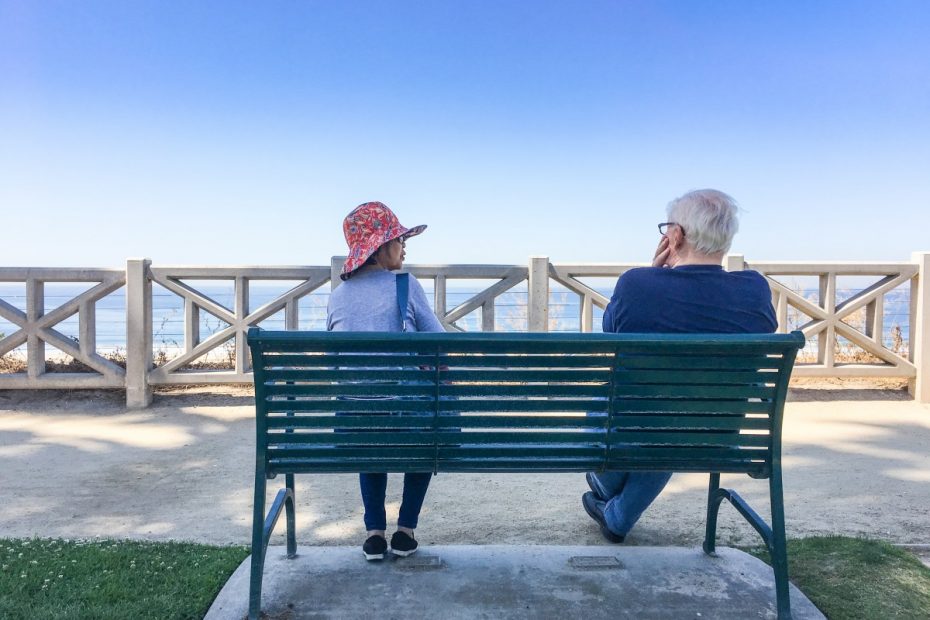 In November and December of 2012 I went with my parents back to each of their childhood homes. For my mother, it was a return to the Philippines. For my father it was a return to places he had not seen in over sixty years in France and Germany. I heard their stories of how they grew up, moved through life, met each other and somehow had me in the process:

Alain Edouard Richard: Born July 28th, 1939 in Strasbourg France 10 miles from the German border and 15 days before the Nazi invasion. Within days of his birth, the whole family left Strasbourg headed for Lons le Sonnier deep in the Jura mountains. Once there, and my grand-mother and children settled my grandfather returned to the front in Alsace to fight. He was captured by the Nazis and imprisoned in a POW camp. He attempted to escape and succeeded on the second try with the help of the garbage men who hid him in a garbage truck on the way out of the camp. He took the last train out of the east and joined the family in the Jura.
He was no longer on the front but he was still in the war; in Lons, he joined the Resistance, becoming “chef de maquis”. My father wasn’t told much about my grandfather’s role in the resistance, my grandfather never talked about it. My father did manage to sneak a story or two out of one of grandfather’s friends after the war, it wasn’t much, besides the usual paranoia; wondering if other maquisards were collaborators they had also ambushed at least one German military convoy, killed every last soldier.
It only dawned on me as I write this now that my grandfather probably never wanted my father to see him under that light. What is an act of heroism in a time of war, when brought back to the absolute, is still taking a man’s life. I never really knew my grandfather, he died when I was three, but he was a legend, always jovial, with an eccentric panache that my father inherited, that’s how he lived and wanted to be remembered. Yet this is a story that still has to be told. The only trace of it beyond what my father can tell me is a plaque on my grandfather’s grave from his fellow fighters “A notre camarade d’armes”; today also most likely passed away.
By the time my father was 6, the war had just ended, but that’s when his story really began. Following the war, my grandparents thought it would be good for my father to go to summer camp and enjoy the countryside with other kids and forget, to the extent possible, the too real life life back in the burned out cities. On one of the weekends, he went back to Strasbourg to be with his parents, he seemed a bit ill and thinking it was a cold or the flu, my grandmother brought him to doctor. With one glance the doctor knew it was more than a cold. Today tuberculosis is practically eradicated from western civilization and thought to be a fatal disease of the past. That past was my father’s present, he was given six to eight months to live by every single civilian doctor my grandmother could find.
The war was over and so was the resistance, my grandfather returned to government, where he had worked before the war. As a part of the peace treaty, France would occupy the Saarland, a small coal rich region north of France and east of Luxembourg. This region like many border regions in the area bounced between France and Germany pretty much since the beginning of the concept of the nation-state. France would occupy the region until 1956, after which the local population would be able to choose to remain in Germany or choose to or to remain a French territory. As a member of the French governing administration, my grandfather, Robert had access to whatever victorious governments gain access to after a long vicious and protracted war. He had a son who so far had beat the odds, but the odds were catching up and he was dying. He tracked down the game changer, in a prison camp, he found a German doctor and proposed a deal: “freedom and your clinic if you cure my son”.

Dr. S_. returned to the clinic in Saarbrucken. It still exists today but the buildings of the day are now a car park and patient housing. My father shared a room with another young offspring of war. As kids would they would compete, one of their competitions was to determine whose father was more powerful. Opening argument went to my dad who presented his candidate, a member of the Occupying French government, former resistant and had a side arm at all times. The rebuttal candidate was a high ranking Nazi who had shot paratroopers and kept their skulls in a personal collection. When that father visited, the boy pleaded him to confirm the story, the boy was immediately told never to repeat that story to anyone. My father told my grandfather what happened. The next day the German boy was gone and my dad never saw him again.

My father did get better, made a full recovery and returned home, first to the house my grandfather had taken next to the Hospital at Virchlowstrasse, then a few kilometers north of Saarbrucken in Scheidt. The house in Scheidt was the biggest house in the town with an imperial garden that overlooked the town below. The owner of the house moved next door after the governing administration requisitioned it (ie. took it). He still came to the property to maintain the garden, he was a large German fellow who had his house taken from him, add to that the occupant of that house was a small french boy who would call him names and add to the rancoeur.

The house in Saarbrucken on Virchlowstasse still exists though it has become a multi-family dwelling. The house and garden in Scheidt were long gone, transformed into about 30 single family houses. The next-door chalet still stood, and my father regrets having treated the owner so horribly, as he put it “kids are cruel” he didn’t know better.

In 1955 Saarland voted to remain in Germany, within 10 years the foundation of a lasting relationship between France and Germany was formed, laying down the basis of economic and then political partnership leading to the longest period of peace in Western Europe since ever. My grandfather returned to Strasbourg and retired from government before being called back to service for another government who needed someone with connections on the ground, he worked for the United States.

Sylvia Maria: Born Feb 6, 1940 in Manila, Philippines, Commonwealth of the United States of America. Born a few months after the beginning of World War II and a year before the invasion of the Japanese Imperial Army.

My mother was born into a typical Filipino working class family. Her father was a laborer and my grandmother took care of the family; altogether they had thirteen children. There was no sadness in her voice, a little lighthearted smile even, it wasn’t bad, it was just the way it was, large numbers of children, some would survive, some wouldn’t  Unlike my father’s childhood on the other side of the world my mother’s experiences during the war were uneventful. When the United States started bombing raids on Manila to drive out the Imperial Army, my mother was in the same dugouts and trenches as the Japanese soldiers and the rest of her family. After the war, the United States army returned, the kids would play with the soldiers and ride the army jeeps around. Today public transportation is still provided by small jeepney owners who run elongated jeeps built locally that can seat about twenty people, its the most visible sign of the post-war attachment to the United States that carries on to this day. One US soldier who couldn’t have children even wanted to adopt my mother who was five at the time. The soldier and the United States left after the Philippines gained its independence.

My mother continued her studies and eventually graduated from college in Manila all while working with her two older sisters to support her younger siblings and parents who had moved back to their home province in Cavite. After graduating from college she worked at a US relief agency; Church World Service, then the Australian Embassy and eventually she came to work at the Asian Development Bank (ADB) in Makati. ADB is a development bank which serves a similar role to that of the World Bank but on a regional level. She worked for a Canadian economist who saw in my mother a hard worker and became her mentor. While working at ADB she saw many of her friends emigrating from the Philippines to the United States, Visas for the United States were impossible to obtain so thought about Canada. She asked Dr. Mendels, her mentor how difficult it would be to get a job and visa to Canada. Dr. Mendels asked how soon could she leave; “july” was her most random answer. A few days later, one of my mother’s colleagues was having dinner at the Mendel’s residence and was seated next to the Canadian Ambassador to the Philippines. Apparently the topic of conversation was how smart and hard working my mother was. The next day Dr. Mendels went to see my mother and said the visa was all arranged, all my mother would have to do was to pass a medical, she had two months to get pack up her belongings. She was caught completely off-guard, she did not expect things to happen so quickly, or even to happen at all. Her family was very close knit, with her parents aging she said she would only be gone for two years and would be back soon. Her mother knew it would be longer than that, much longer.

She had to borrow for airfare and life startup costs to get there. She knew nothing of Canada and was unfamiliar with the concept of cold, let alone a lasting cold called winter (history repeated when I moved to Montreal in January of 2005, first day there my beard froze solid). There she was, a petite Filipina now living in Toronto. She found a job at Price Waterhouse and a supplementary job at night to quickly pay back her debt. She started getting used to Canada, had built a nice clique of friends, most of them from the Filippino community. She also had a responsibility vis a vis her family, she sponsored her niece, her brother his wife, children and then her younger sister and husband to move from the Philippines to Canada. After Price Waterhouse she worked at Xerox, she loved Canada and was immensely grateful for the opportunity, though she always had her eyes turned towards the United States.

Her family duty settled she went on a scouting trip to California; San Francisco and Los Angeles. She found Los Angeles too hot (I write this from my home in Santa Monica California in disbelief), she interviewed for position at U.C. Berkeley and got the job though they were not able to arrange a work visa. When she returned to Toronto she applied to the World Bank in Washington D.C. and the United Nations in New York. She was accepted at both and chose New York.

Hindsight is twenty/twenty, but I’m glad it was New York. It was on the 32nd floor of the United Nations Headquarters that she met a Frenchman with a bad reputation; my dad.